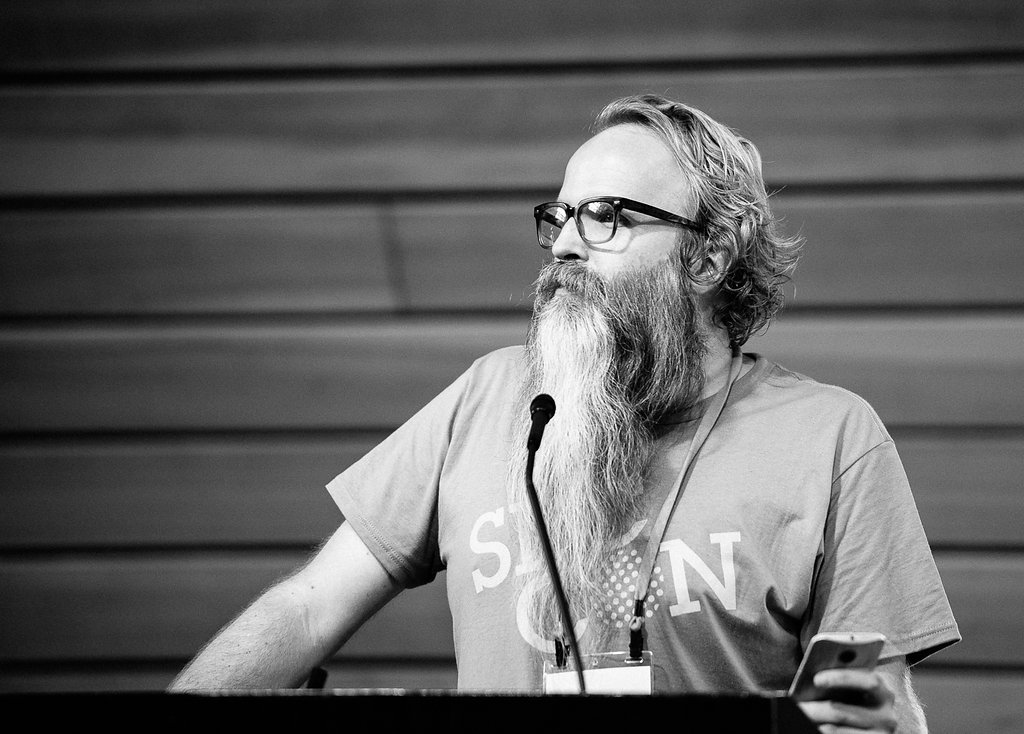 I hate long goodbyes, so here it is very short: At the end of July, I’ll be stepping down as the director of OpenNews. It’s been seven amazing years, but I’m ready for some new challenges. Erika Owens, our deputy director, will be stepping into the leadership role and I couldn’t be more excited about where she’ll take the organization.

That out of the way, let me expand a little:

Seven years ago I took a job at the Mozilla Foundation leading the “Knight-Mozilla News Technology Partnership.” I came to the job after a teaching position at a media arts college here in Chicago; before that I spent a year at Stanford as a JSK Fellow after having founded and run Punk Planet magazine for 13 years. The Partnership at the time was more concept than product: do something to better connect technologist and journalists. Of course, there already were tons of extremely talented technologists working in journalism so the challenge was actually twofold: bring new people in, but also increase the visibility of those already doing the vital work within journalism. From that, OpenNews was born.

We’ve grown a lot since that point, including spinning out from Mozilla in 2017. Over the last seven years, we placed 33 creative technologists into newsrooms as Knight Mozilla Fellows, created and ran four SRCCON conferences (the fifth starts this week!) that brought journalism technologists and the next generation of newsroom leaders together for peer-based learning, developed the Source platform to amplify the amazing work happening in journalism, awarded scholarships to dozens of underrepresented folks in news, completed two surveys of the field, and hosted literally hundreds of biweekly open community calls where people could call in to share their work with others.

But most importantly, OpenNews changed and grew over the last seven years. From the start, we built our programs around community need. That resulted in the purposeful, organic transformation of an organization that was formed to solve the “tech” problem in journalism into one devoted to people. Because as you listen to the people working in the field, you realize that the problems facing journalism are far less technical in nature and far more human. Newsroom culture is broken—especially for people of color and women. Salaries are too low, the workload too high, hiring often reconfirms existing biases and networks, outdated hierarchies get in the way of advancement, and newsroom toxicity chases away some of the most promising people. The ability for journalism to advance in the ways it needs to to survive and remain vital is hampered by the inability to listen to its own people.

OpenNews’ transformation into an organization that tackles the “people problem” head on is the thing I am proudest of. It’s a vital role for the org, one that connects us to the very best people in journalism, and there’s no one better to guide it at this point than Erika, who has been the driver of many of the initiatives that have solidified our place in this necessary conversation.

As for me, I’ve run hard for seven years and am going to take a couple months off to catch my breath before jumping into something new. I’m excited for some new challenges and for building things with great people—the one true constant in my two-decade career. Wherever I land, I want to continue to help journalism complete its transformation and to assist the people making that possible. I’ll also continue to help OpenNews by joining our advisory board and watching this amazing team continue to do incredible, necessary work.

There’s one last thing I want to build before I leave OpenNews though: While we have spent seven years supporting the community, we’ve always wanted to create a conduit for the community to support us as well. So alongside this announcement, we’re launching our very first donor campaign. It’s important for the longterm future of the organization that we build out a way for your dollars to help reinforce the work we’re doing. We want journalism to be better, and we know you do to, so we hope you’ll support our work so OpenNews can continue to grow and transform in the ways that journalism needs for many years after I’m gone.