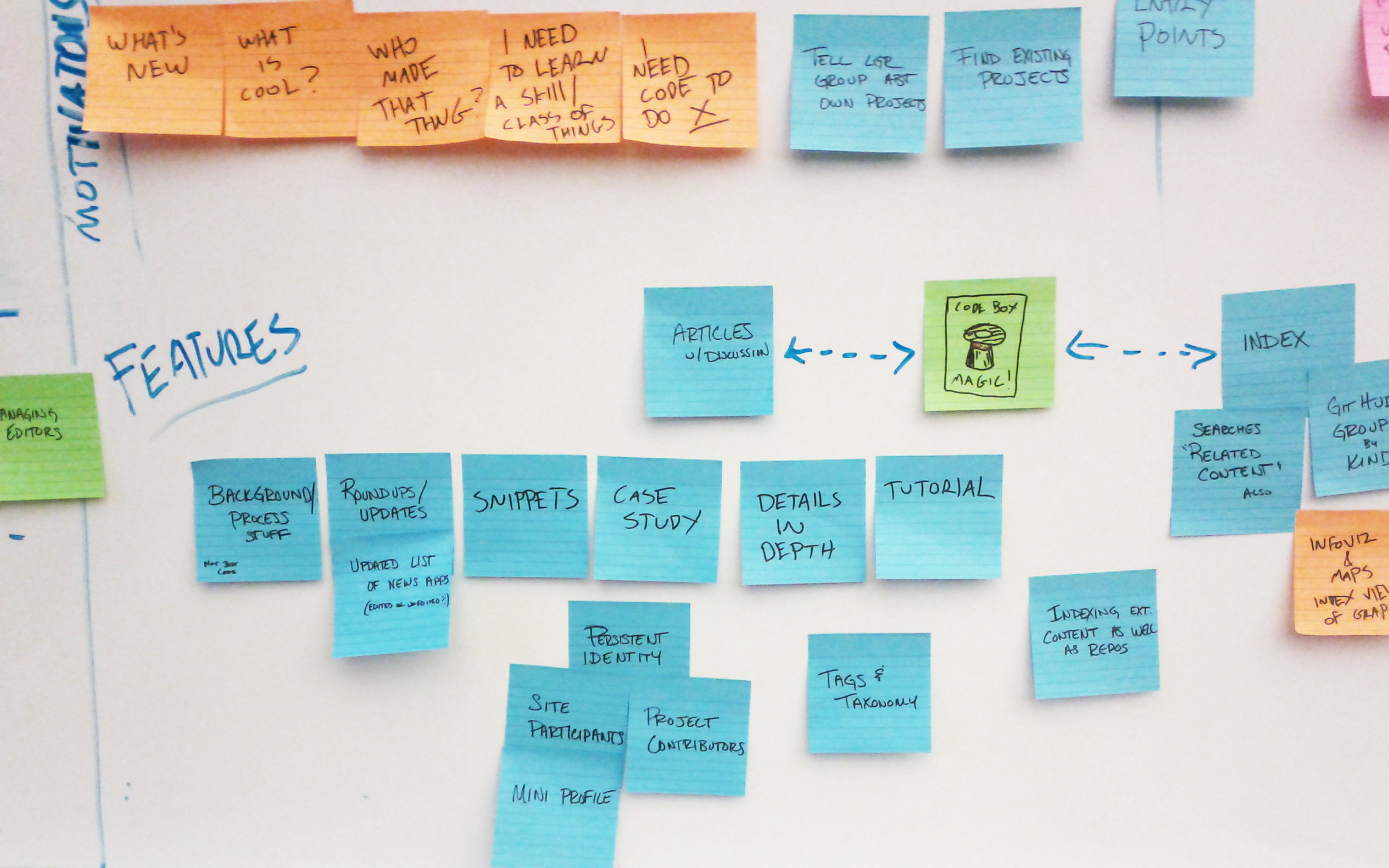 Six years ago I stood with Erin Kissane in front of a large whiteboard placing post-its outlining ideas for a publication that would feature the work of journalism technologists. In helping with this project, Erin was the first person I’d hired to work on what was still a few months away from being rechristened OpenNews.

She lasted a lot longer than that project: That meeting in January 2012 lead to the launch of Source in October of that year. Source celebrated five years this past October and has, over those years, inspired everything from our biweekly community calls to the SRCCON line of conferences. Erin has played a role in all of it, every step of the way.

Erin has been an amazing colleague to all of us here, offering insights and advice in everything we do. She excelled in thinking through ideas and was especially good at identifying the human contours of a project. There was not a single one of us here at OpenNews that didn’t go to Erin over the course of the last six years with something we were stuck on and emerge from that meeting with an amazing new direction and insight.

Erin’s influence went far beyond the publications and projects she worked on over six years at OpenNews. The code of conduct she drafted for the first SRCCON, for instance, has been forked and modified by dozens of conferences since, many far outside journalism. I remember talking with Erin about codes of conduct early in the drafting process. Her metaphor for fire marshals in buildings–you want them there and trained even if the building never burns down–is one that I still use in discussing COCs so many years later. That’s how it always worked with Erin: starting with human scale and moving up from there. Erin’s human-scale approach has lead the industry by example.

Which is why it’s hard to say goodbye to her today, her last day with OpenNews. Erin is leaving to spend more time with her daughter in the forest they’ve recently moved to, a worthy pursuit if ever there was one, but she will be missed deeply by all of us here at OpenNews. And, as our first hire who became both a close friend and a trusted colleague, by me especially.

We are very lucky that Erin’s role at Source will be filled by Lindsay Muscato who has been working with Erin at Source for almost three years. She’ll be picking up where Erin left off with the publication and we’re excited to see where she takes it.

Erin’s accomplishments are many and her influence is vast, but mostly she’s just great people and we are so thankful to have spent the years we have had with her.