Moving Far Beyond “Diversity” and Pushing Directly for Social Change 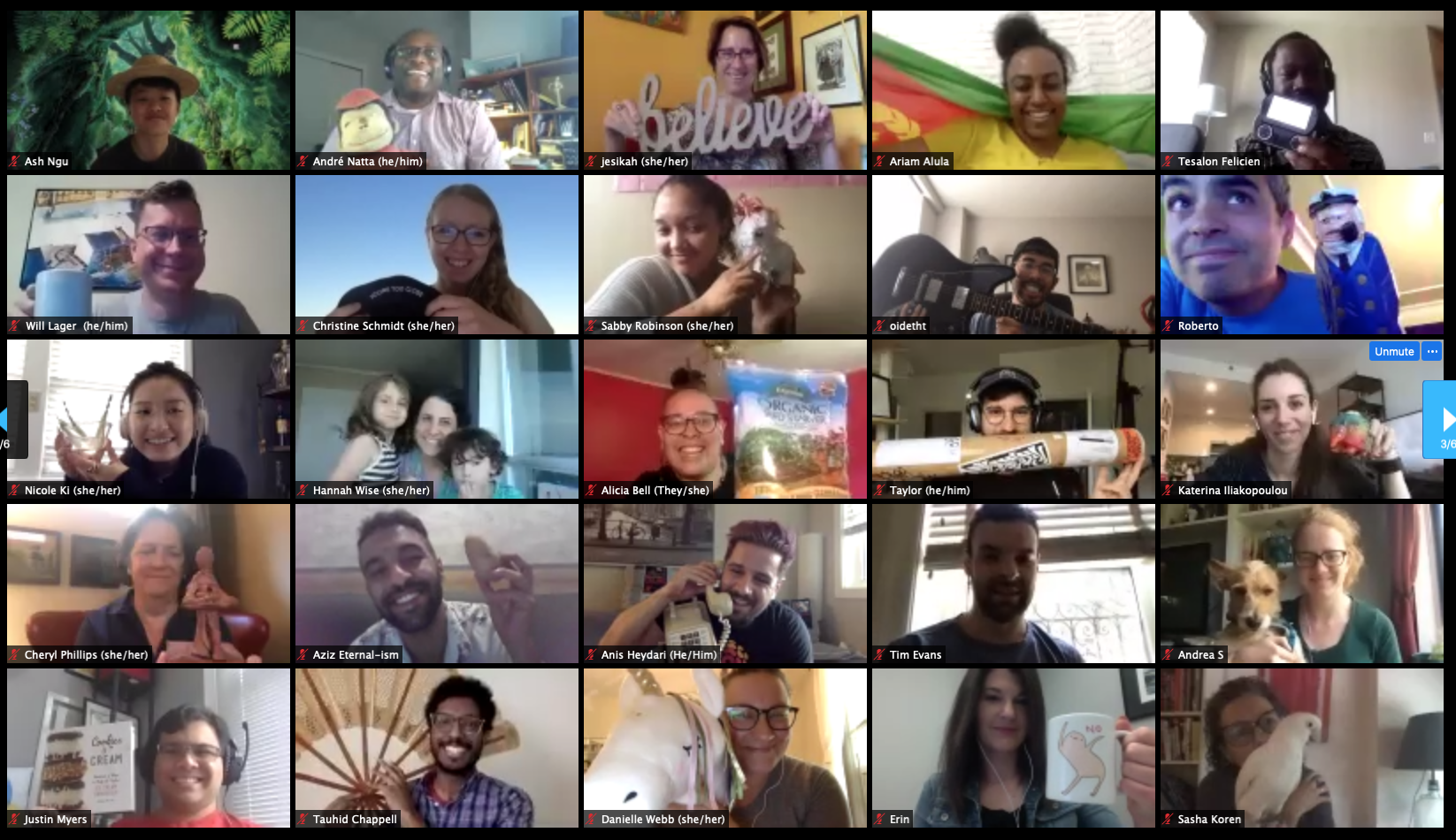 This is how we connect these days, and we’re excited to reshape our newsrooms, whether it be from our living rooms or from our offices. Screenshot of participants from SRCCON 2020.

At ONA20’s opening remarks yesterday, we at OpenNews came together with the Online News Association and the Maynard Institute, to announce that together, we’re joining the fight for social change in journalism. We call our collective effort Vision25: Building Racial Equity in Newsrooms, and we hope that by working together and combining all three of our organization’s strengths, we can be a catalyst in the movement to build journalistic institutions where newsrooms are actively anti-racist and collaborative, and journalists of color feel like they truly belong. Read more about what we’re planning and how you can help.

When Irving, Martin, and I first started talking about what working together could really mean, we knew right away that not only were we interested in fighting racism within journalism, but we also wanted to envision a tangible and better future to strive for. Our collective work wasn’t simply about removing the bad. It also needed to nurture the good. That’s how creating institutions of belonging would become an important goal of our work, and we are inviting everyone to tell us what an institution of belonging looks like to you.

We also knew that as three people of color leading efforts to tackle very different facets of systemic racism, just talking to one another about how we could strategically coordinate and work together was the start of something special. Especially since I’d just launched our DEI Coalition For Anti-Racist, Equitable, And Just Newsrooms, and had been working to organize over 200 people who responded to help co-create these spaces with us, I was feeling real momentum, both from journalists who were demanding change now, and from leaders looking to work together to create just systems that could last.

In a way, the three of us connecting felt like worlds colliding in the best way, and as I learned from Alicia Bell at SRCCON 2020 this year, what I was really feeling was horizontal power, a power that’s built on relationships, collaboration, and solidarity — and it’s that same power that creates equity, justice, freedom, and liberation. I learned from her too that while people may actively support a movement, actively oppose it, or be anywhere in between, we cannot think of people as stuck in their buckets. As organizers, we instead see them as an interconnected network of relationships, and it is only through those relationships — literally networks of networks — that power can truly move toward one direction or another. Joining together through collaboration, in solidarity, and by bolstering our own relationships, we were also bringing together the entire power of our networks, now connected in a new way, to the fight. This was, in fact, the first time all three of us had ever worked together.

As we workshopped Vision25, there was a lot to talk about, but I’ll share with you both the hardest and easiest challenge we had to tackle together.

First, the easiest: language. It was 2020, and despite the pandemic (and maybe because of how much it illuminated the racial injustice across society’s institutions), Black Lives Matter protests erupted in city after city, and shortly after, journalists of color across the country and across different organizations were speaking out against the racial inequities and racial injustices that have gone on for years in their newsrooms.

In that moment, as journalists who have fought for diversity and inclusion, and against bias and discrimination in our industry and in our own newsrooms, we knew the world had changed. More specifically, we knew the words had changed. We were moving away from journalism has a “diversity” problem, and toward naming the issue for what it really was: journalism has a racism problem.

While this change is only a few words, especially as journalists, we can appreciate this powerful shift. Too many people of color have stories about well-meaning colleagues who insisted they aren’t racist, and who shut down and turned to the defensive when the word “racism” is mentioned in conversation. Finally, in 2020, journalism can call racism racism, instead of by any other name.

Now, our words better match our reality. It’s also the reason why the three of us were committed to saying what we mean, and why the first paragraph of our Vision25 commitment reads:

“We are in a moment for journalism to meet the movement. The lack of trust we face in communities that represent the audiences of the future is documented and deep. News outlets have to solve the sins laid out in the Kerner Commission Report more than 50 years ago. The soul of American journalism is at stake. We have a profound opportunity to move from feeble attempts at performative diversity to the formation of journalistic institutions of belonging. Much work must be done, and this alliance will serve as a collective force of accountability, agitation and support in service of journalism and the society we seek to serve.”

The hardest challenge for us was what tangible goal to reach for. Our first idea, thrown out there to simply see how we’d feel, was asking that 50% of all newsroom staff, including leadership, be people of color by a certain date. It was audacious in a way that felt powerful. But we ended up deciding against it, because we couldn’t come up with a reason to pick 50% specifically that felt good and genuine to us. Picking a goal tied to specific demographics in the entire industry also didn’t feel like what we were aiming to do here, especially given the many existing and worthy efforts already tackling this challenge. What could we do collectively that was additive to this movement?

We decided then that our goal was to make a real dent in our journalism ecosystem. Of course we wanted representation, but we also wanted the status quo to move, and we wanted power to move. We also knew that doing the work of racial equity requires that horizontal power of the people, which in this case, is the journalism community, and we needed to work with them and alongside them, to accomplish our vision.

After some more research and brainstorming, our goal became directly about achieving social change with the journalism community. There are plenty of studies out there with different stats about what percent of a population you’d need to advocate for an issue to create lasting change (including as low as 2 or 3%!), but nearly all of them say that it does not require a majority. One study that hit home for us, found that lasting social change can happen with 25% of the population, and that became our goal: To reach the tipping point where lasting, systemic change can happen in our newsrooms because enough people in journalism are actively working to create that change.

Ultimately, the movement for racial equity and justice is bigger than all of us. As we focus in on advancing racial equity in journalism, we know that the movement needs every single one of us, and for each of us to continue building relationships, working in collaboration, and standing in solidarity with one another.

We hope you will sign up for more information on how and when to join us and tell us how you’d like to help to meet the moment.